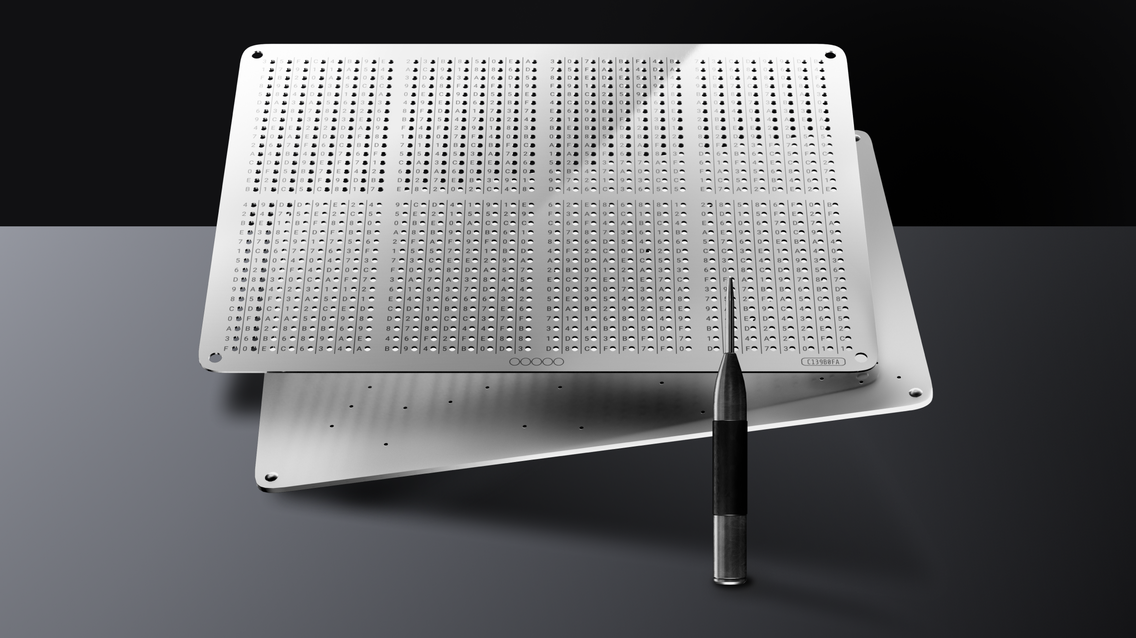 Cryptocurrencies and their underlying technology, blockchain, have come a long way since the days they were considered a fringe idea. As a decentralised and immutable ledger of transactions, blockchain is now being used in many different ways. The US tech giant Cisco, for instance, predicts that as much as 10 per cent of global GDP will likely be stored on blockchain technology by 2027.

Despite their volatility and price swings, virtual currencies are also evolving into a major market. In fact, the cumulative market capitalisation of cryptocurrencies reached $237.1 billion in 2019, attracting even the interest of Silicon Valley behemoths, such as Facebook. The social media giant is planning to launch its own crypto-money, called Libra. And central banks around the world are considering to follow suit.

But as the use of blockchain increases, problems are starting to emerge. For one, cybercriminals are wreaking havoc in the cryptocurrency market. In the first half of 2019, for example, they stole around $4.26 billion of virtual coins in a series of thefts, scams, and frauds. Efforts of exchanges, wallets, and other cryptocurrency custody services to contain the crisis are no match for the ever more sophisticated hacking techniques. And these hacks happen even though users need to authorise each transaction with a private key. This piece of cryptography, designed to protect currency owners, is proving to be a source of vulnerability as the way it’s generated, used, and stored provides attackers with multiple opportunities to steal it.

Private keys as the weak link

Protecting private keys is the cornerstone of online security in the crypto world. But many of the current solutions for storing this piece of code are vulnerable to cyberattacks. Take, for example, exchange platforms. They create and store private keys without any involvement from their users. Threat groups, such as the Lazarus Group from North Korea, frequently target cryptocurrency exchanges and have succeeded in stealing hundreds of millions of dollars.

Some customers move their currencies to hot wallets. These online accounts are linked with private keys, and can thus store coins and execute transactions. The fact that they’re connected to the internet, however, means that hot wallets can never be fully protected. The best option for users is thus to purchase cold wallets.

These pieces of hardware can generate, store, and manage wallets and keys with users having more control over who gets to see their secret codes. But even this solution has significant weaknesses. For one, third party actors can compromise the supply chain of cold wallet manufacturers and insert malicious code. Also, the device needs to be plugged into a computer and online to execute transactions. By doing so, it’s immediately exposed to online attacks.

Tech-savvy users will also create multiple backups of their private keys. This approach is highly recommended, but many backup options still involve a pen and paper, which is far from an ideal solution as it can get easily destroyed. Other alternatives are usually metal devices made out of one piece. This means that attackers can read the key if they get hold of the device, which leads to a ‘single point of failure’ type of situation.

With these challenges in mind, NGRAVE has developed a highly sophisticated solution for protecting private keys. The product consists of three elements. The first one is an electronic hardware device, called ZERO, that generates keys and is forever offline. The next part is LIQUID, a smartphone app that authorises transactions by communicating with the hardware wallet using QR codes. It provides a real-time overview of a user’s portfolio, without ever exposing secret keys. And the last piece of NGRAVE’s offering is a backup solution known as GRAPHENE.

A backup solution turned into a cryptographic puzzle

NGRAVE’s backup product comes with two stainless steel plates. They’re made out of material that’s highly durable and resistant to fire, corrosion, water, shocks, and other adverse events. Furthermore, the lower plate is blank, while the top plate contains 64 columns, each having 16 hexadecimal characters (0–9, A-F) of the seed. A single column thus equals one character of the secret key with values on the plate arranged differently for every customer. And when plates are arranged on top of each other, an owner will use an embossing click pen to record the key by punching holes through the upper plate into the lower one. This arrangement acts as an impenetrable cryptographic puzzle. The actual code is revealed only when the top plate, with its uniquely arranged characters, is paired with indents of the bottom plate. Even if two individuals have the same bottom indents, different top plates would still ensure that values associated with indent locations are different. By keeping plates separated, cryptocurrency owners will overcome the ‘single point of failure’ problem. An attacker that finds only one of two plates won’t have much use of it, which is an entirely new level of security compared to other backup solutions on the market. 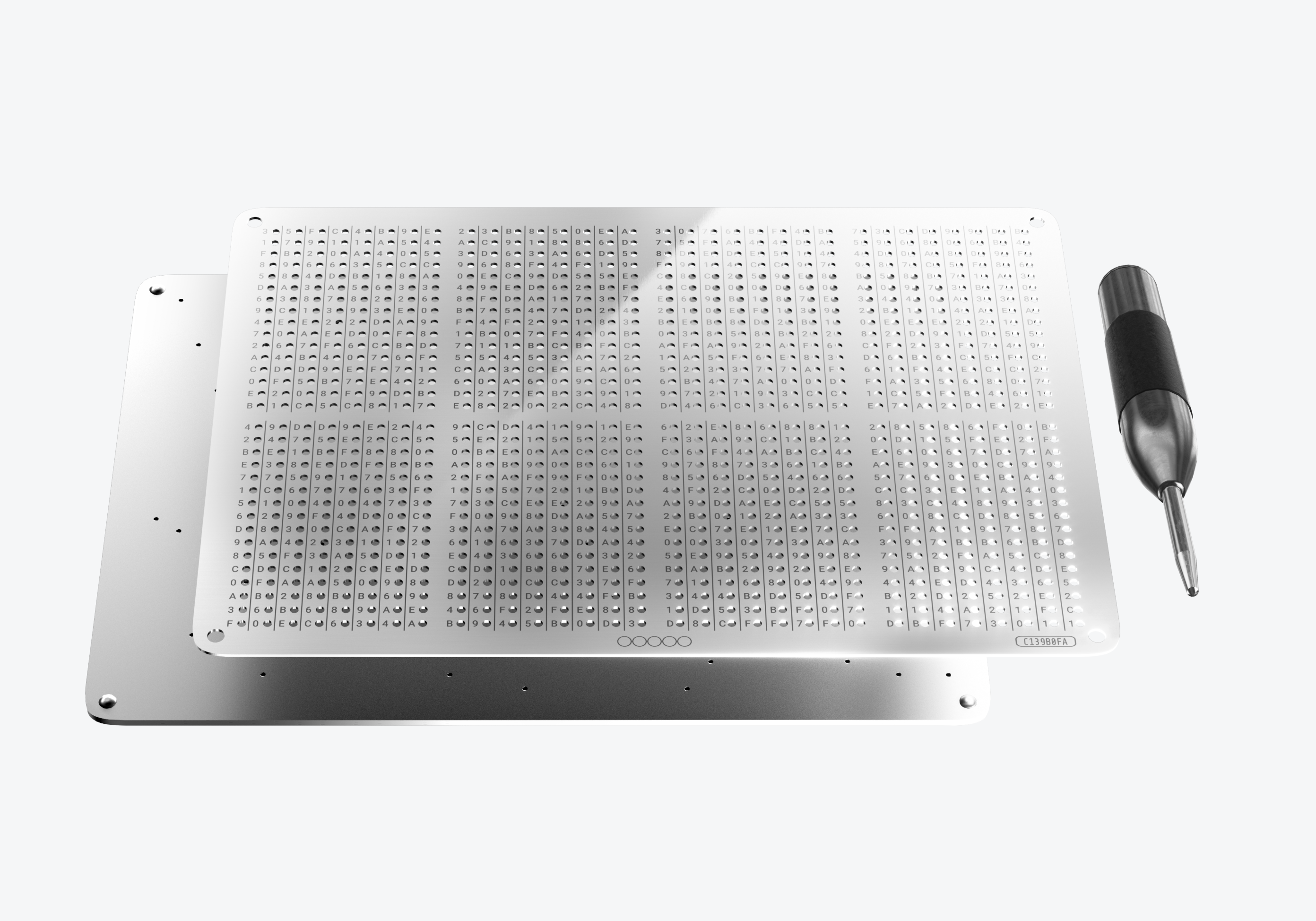 An easy way to recover the upper plate

Another advantage of GRAPHENE is the fact that NGRAVE can recover the upper plate if an owner loses it. Each GRAPHENE shipment comes with a unique recovery ID. Using this code, customers can reach out to the company and arrange for a new top plate to be sent. They can also request NGRAVE to erase the combination from its database, making the top plate unrecoverable in the future. The company, however, can’t provide any assistance if customers lose lower plates. But there are other ways to recover a lower plate if an owner dies, which can be particularly useful in inheritance cases. 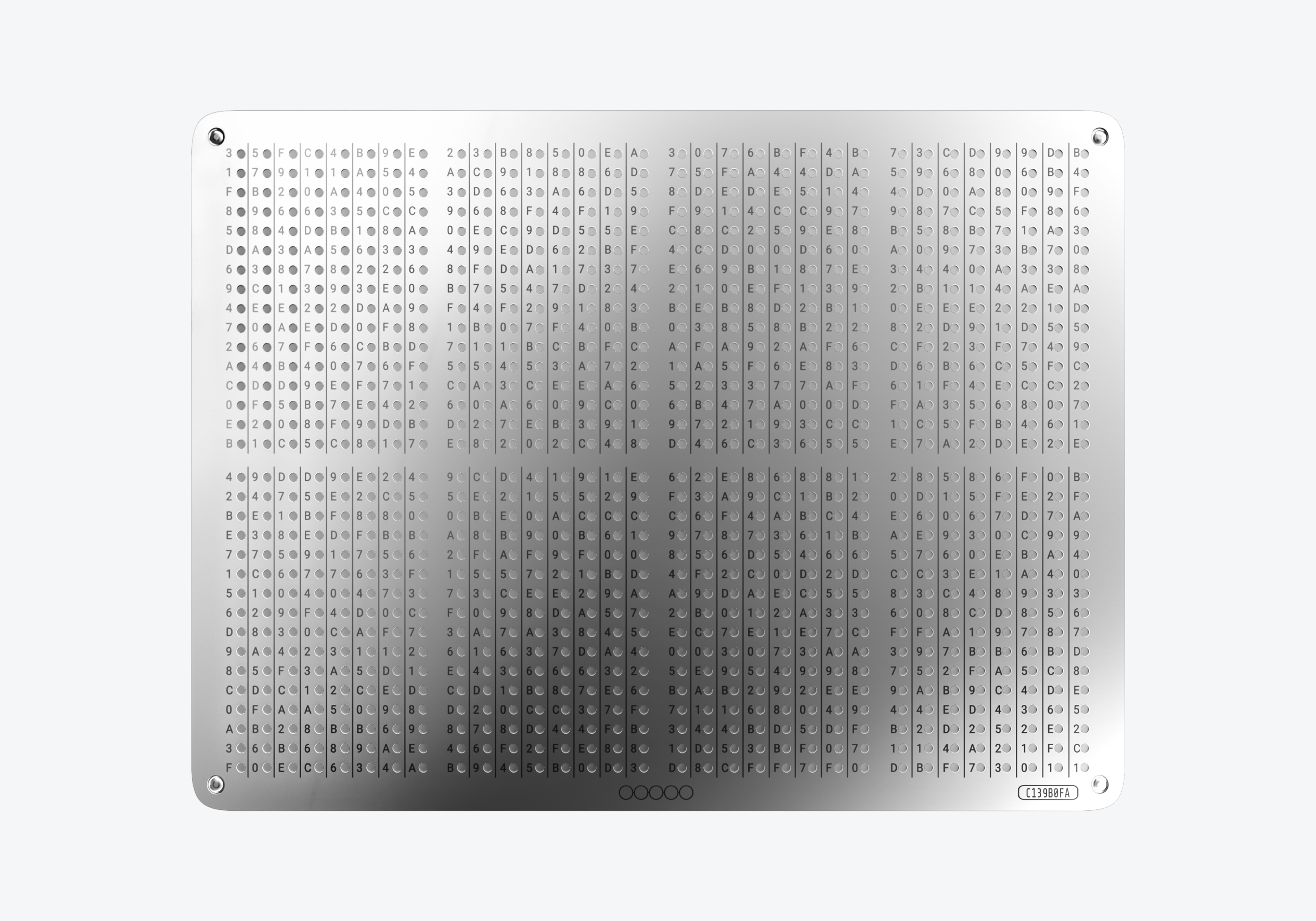 A method to recover the lower plate

One way is by using a third party KYC provider and Chainlink, an open-source protocol that is pioneering secure smart oracle technology. The first step is for an original owner to store data related to the location of a lower plate with the KYC provider, and inform the organisation which person will be authorised to request that information. The selected individual and the owner will also have to visit the provider together.

In case when the owner dies, the designated person will provide the KYC firm with a death certificate. The firm will then prompt Chainlink’s oracle function to confirm the death with a relevant obituary. If the system confirms all details, the lower plate location message will be released to the authorised person.

An in-depth explanation of the lower plate recovery process can be found in the article below, a collaborative effort between Chainlink and NGRAVE.

Ensuring the growth of the crypto industry

The rise of cryptocurrencies seems unstoppable. In just a few years, they’ve grown in popularity and value, attracting the interest of financial and tech giants. But the future of this industry depends on protecting investors against increasingly sophisticated cyberattacks. Billions of dollars were stolen, and many more attacks will follow unless a viable solution is found.

Fortunately, NGRAVE’s tripartite product offers an impenetrable defense against malicious actors. By keeping the wallet forever offline, authorising transactions using QR codes, and turning a backup into a cryptographic puzzle, the company protects private keys and users’ money against anything hackers can come up with. And by doing so, NGRAVE ensures that the crypto industry can continue its impressive rise. 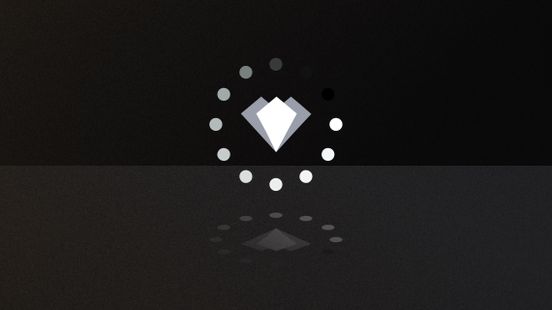 NGRAVE
Why Upgrading Cold Wallet Firmware Is Essential For Security
NGRAVE is constantly looking to improve the ZERO cold wallet; its functionality, usability and, most importantly, its security. Firmware updates are needed for this. 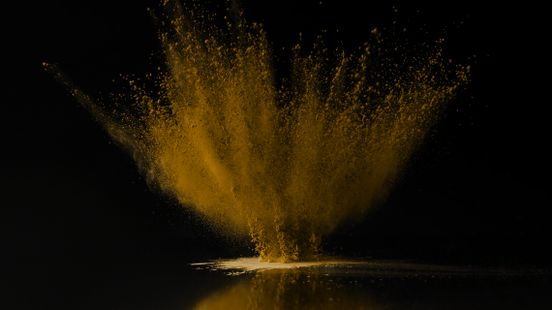 NGRAVE
What If NGRAVE Goes Out Of Business?
Considering this extreme outcome is actually a good way to illustrate what self-custody of cryptocurrency really means. So let’s play this morbid scenario out.